Asking not only get you what you want but also gets you even more. Nobody can guess what you’re thinking and what you have in mind so don’t assume that others should know if you never told them. Sometimes even hinting indirectly does not register with others and misunderstandings can result. 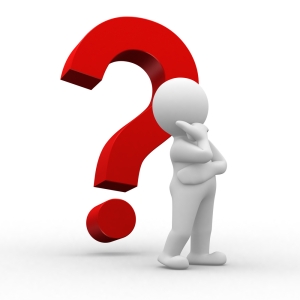 If you would like a receipt at a nail salon where receipts are typically not given out, ask for it and you will get a receipt. Some times just asking can open doors to even greater possibilities, including job offer, free food, discounts, and more.

A young man in his late teens or early twenties just came to the United States and is looking for a job, he came into our restaurant and asked if we are hiring. Just lucky for him that we happen to need a chief/kitchen help and just like that, he was hired for a full time job after some short questions. If he had never approached us, where would we have found him? Maybe the restaurant would have ended up hiring someone else we know, friends of friends perhaps. Similar to summer jobs, many teens and students simply apply online on monster or simply hired, actively searching for job postings online. It may not be as effective as simply dress up nicely and visit nearby stores that you’d like to work and apply that way, with resume prepared and ready to be hired. You’re putting a face to the name and you never know, it might just happen that they need a part time or substitute for a short term period. I admit it is more time consuming but if you truly want something, be more proactive and go out there now! Don’t be comfortable behind your computer screen, step out of your comfort zone and make an impression to potential employers. If you don’t ask, you don’t get get.

Another recent encounter is that asking can get you additional discounts and free goodies. In most stores in the states, we grew up with the notion that the marked price is the final price. In other countries, bargaining is the norm; bargaining is a skill and take practice. But what better feeling than getting something for an awesome price or even free of charge? Even when you know the chance are slim, let the power of asking do it’s magic. Again, you never know; luck might just be on your side. Today at the restaurant, a phone order totaled $40 and the customer asked if they can get a Chinese donuts which cost $3.50.

The owner said yes and hey, free donuts! We don’t give out free item for all purchases over a certain amount but what made this one special? The customer asked. What’s the worst that can happen? A no. Remember it doesn’t hurt to ask!

On the opposite spectrum, in the right situations, it’s better to not ask and be a rebel. Heroes don’t ask, they do. The most bizarre and spectacular things would receive public disapproval but sometimes it’s better to just do. Iron man or spider man didn’t receive government approval to help save people’s lives, he just did. A more realistic example: if you’re at a fashion show or art gallery where no photography is allowed. Two options: you could go and find a supervisor and ask to see if you can take pictures, in which case they will say no because its against their policy or rule; or you sneakily take a few snapshots and when they spot you taking pictures, they’ll tell you and then you put away the camera, now knowing that you can’t take any. Results are different. When you didn’t ask, at least you have a few snapshots on your camera. It’s better than not having any.

“Ask and it shall be given to you; seek and you will find; knock and the door will be opened to you. For everyone who asks receives; he who seeks finds; and to him who knocks, the door shall be opened.” ~Matthew 7:7

One thought on “Power of Asking and Not Asking”

An informal journal of a retired Tasmanian who loves animals, books, reading, walking, photography, motorbiking and sharing my world with others.