From what I researched from last night, there’s a good amount of place that are must go see by tourist in downtown Toronto, so why not just create a path and walk there? Check out some of the fun things to see in downtown and see if it’s like Boston or New York, what we’re familiar with.

It’s too bad weather wasn’t on our side. It was gloomy and rainy in the morning. We learned our lesson from last night for dinner that many places do not accept U.S dollars, and since we don’t always want to use our Visa credit card which has an international transaction fee, we exchanged U.S to CN at a local bank by our apartment. There was a fee of 3CN and the rate was at 1.054 which was lower than what I researched online of 1.5CN per dollar.

10 am: breakfast in the metro station which looked like a mall, with cafes and sofas and shopping stores. To start off the day, we each had cup of coffee and hearty sandwich filled with eggs, bacon, cheese, and potatoes in the cafe.

From Finch Station to College station was a 40-minute ride, which sounds bad but it’s okay when you’re just sitting and chatting.

11 am: Once we got off the train station, it was time to explore and walk around to see what Toronto has to offer. Immediately, after exiting the metro station, there were stores to shop at and restaurants on the streets. It had a NYC feeling to it without being too hectic and crowded. We walked towards downtown Toronto where Chinatown is, and although it was a longer walk than I expected, there were some sights to see along the way.

Passed the Royal Ontario Museum, Queen’s Park, University of Toronto, and maybe more places that we didn’t realize at the moment.

noon: Chinatown was a bit disappointing compared to what we’re used to in NYC. It felt more like an old town with many desserted and rundown shops and stores; however there were a few restaurants and bakery shops that caught our eyes.

From seeing pictures on Kesingston Market, I had to check it out. I saw white words that said Kesingston on top of a building at a few intersections and walked towards that directio to check it out. It has so many cool places to eat and shop for food and I love how diverse it is, with different food from different cultures all present in one tight knit location. Every few steps, you’ll step in front of a different store front which sells a different food than the previous. Similar to parts of Chinatown, it did seem a bit sketchy especially when we went, there weren’t many people there, so it did not feel like a must see place but rather just a street corner we stumbled upon.

We ate lunch at a fast service Chinese restaurant inside a mall looking building. Since all of us were too hungry from the big breakfast from late afternoon, we just got a few plates of food to share. The combination plate which had rice/noodle with your choice of an entree dish and two side dish was only 5-6CN, I believe. It wasn’t the best food but it did the job of filling up our tummmies. While we’re at Chinatown, we also bought some bakery bread with us for the road in case we get hungry later.

3 pm: It took 20 minutes to walk from Chinatown to the CN tower area. We could see the CN tower from Chinatown, so it acted as a guide for our direction when we were unsure. When we walked down the stairs leading to the CN Tower, we immediately saw a crowd of people around that area, right away, you can tell it’s a pin point for tourists. We saw the tower from close up, right underneath it, but it’s better for pictures when you’re at a distance to capture the whole tower rather than just the base or half bottom of it.

Right by it, within 5 minute walk, Steam Whistle Brewery and Railway Heitage Center is conveniently located across the street. Tours for Brewery are offered every half an hour and tickets are $10 per person for the Souvenir ticket where they give you a choice of a glass cup or bottle opener.

We had a half an hour of waiting time, so we walked around outside after purchasing the tour tickets. There are trains to take pictures with and people are riding on the mini choo choo train ride with their kids. The railway center is right next to the brewery, but since nobody was entering and it didn’t seem too popular so we opt out of that one.

We also went into Leon’s which is a furniture store and it was a very spacious and peaceful environment inside. No sales associates bothered us and we ended up sitting on the sofa until it was almost time to head back for the tour. They’re also in the process of building an aquarium which will be ready in 2014.

Steam Whistle Brewery: don’t forget to bring your ID since they do check for your drinking age before serving you free beer you can try at the front desk/bar. For the tour, direct head to the upstairs room when time hits and they will give you headphones and a receiver to wear around your neck. This is smart because you can hear the tour guide even if you’re not in the front of the crowd. Lady gives you free bottle of Steam Whistle cold beer from the green beer fridge and says cheers. They say cheers quite often. They take you on a short tour and you get an inside look of their manufacturing process. I was a bit disappointed because not everything they’re explaining were fully in process, that would have been much better and more entertaining.

Since we’re already by that side, we thought why not check out St.Lawrence Market because reviews were great for it. Again, we walked. A lot of walking for one day already. The streets were more narrow and there are many views which you can take along the way, the slim building in the middle of the road, fountain of water with art work displayed, and more.

We rested at the Metro Toronto Convention Center when we needed to take a break and I believe there was a performance that was beginning around that time since I saw many people coming into the building and going into the performance hall. After we got well rested, it was time to walk again.

St.Lawrence market was a cool place to see but since we didn’t buy anything, I’m not sure if it was worth that whole walk there just for that. There were more than one floors and I thought it would be like the Boston Quincy Market with all kinds of food all in one building, from reading the reviews online.

However, it was different than expeted. I can imagine myself buying groceries there if I lived there, with organic and fresh fruits, cheese, seafood, and meats. The price isn’t cheaper than other places though, but if it’s unique and can’t be fuond nearby, it’s worth it. We didn’t end up buying anything since we weren’t planning on cooking and we’re more interesetd in ready made food to eat right away.

The plan was to take the train back to work, but somehow we walked all the way back to Chinatown again for a nice dinner at a seafood restaurant, with lobsters, peppered beef steam, sweet and sour spareribs, lo mein noodles, and more.

Once we’re all full, we had the determination to walk back to College station, where we arrived in the morning.

Time to rest our feet for the day! Bravos to them. Swimming pool and water playing time.

Getting ready for last day.

One thought on “Canada Day 2: Toronto” 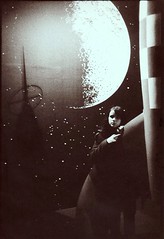 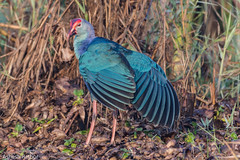 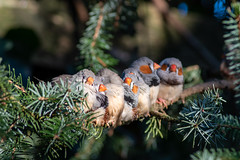 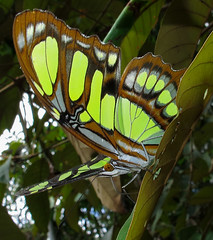 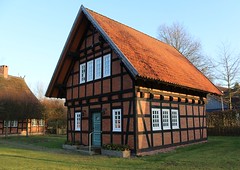